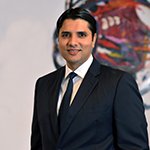 With technology and digitalization taking over every type of service there is, it is truly quite interesting how hospitality still remains to be a personal and intimate experience for millions of travellers around the world.

We have built R Hotels as a brand that is new and contemporary at every turn, yet upholds the traditional values true to this part of the world. Although our hotels cater to a wide variety of travellers, from tourists to business executives, every stay in our properties is unique and memorable. We have, time and again, referred to our hotels as the home of every family but at the very core, our hotels are home to you- our guest, partner or patron - and anyone who walks through our doors.

R Hotels currently manages seven hotels in the UAE- all globally recognized hotel brands each making their mark in Ajman and Dubai. We aim to develop and acquire more properties in key locations, and our strategy is to diversify and expand in markets with high growth potential. It is indeed an exciting time for UAE hotels as we support the nation’s tourism ambitions, and reaffirm our belief in the long-term prospects of the country’s hospitality industry.

With a team of the most competent and passionate hoteliers, our group has grown from strength to strength. We have used the collective expertise and experience we have within our fold to command excellent results in terms of revenue and guest satisfaction, particularly in the Northern Emirates.

Leading the way is the seasoned management team who sets high standards for the company, allowing the group to develop the best hotels. R Hotels' success is primarily attributed to the contributions of its strong leaders and dedicated workforce. 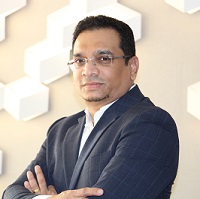 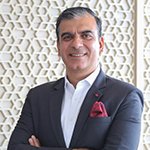 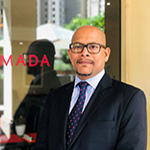 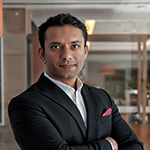 Ravi Santiago is the cluster general manager of Ramada Hotel & Suites by Wyndham Ajman, Ramada by Wyndham Beach Hotel Ajman, and Wyndham Garden Ajman Corniche. He brings in over 25 years of expertise spanning various industries, with 15 years in the hospitality sector.

He has been with the R Hotels group since 2009. He started as the controller of Ramada Hotel & Suites Ajman and was promoted as the cluster controller with the expansion of Wyndham properties in the Northern Emirates. He subsequently assume the role of group controller for R Hotels’ seven properties in the UAE and played a dual synchronized role as an asset manager for the group, before taking the helm as cluster general manager. Ravi has a wealth of hospitality experience from Sri Lanka and Maldives before moving to the UAE, and brings in a comprehensive background and expertise on pre-opening of hotels and resorts.

In the early parts of his career, he held various commercially-focused CFO roles in various industries in manufacturing, logistics, FMCG, cellular, and property development for multinational companies in Sri Lanka and some operations based out of India, Pakistan and Maldives.

Ravi Santiago is a professionally qualified accountant with an associate membership at Chartered Institute of Management Accountants, United Kingdom since 2003. He earned his MBA degree from University of Northampton, UK and also has a Postgraduate Diploma in Business Administration from University of Wales, UK.

A seasoned hotelier with more than 25 years of industry experience, he is now in charge of the overall operations of the three hotels in Dubai with a total inventory of 627 keys. Arora was the general manager of both Ramada by Wyndham Downtown Dubai and Ramada Hotel & Suites by Wyndham Dubai before moving to The Retreat Palm Dubai to lead its pre-opening in 2017 Spearheading the launch of the first holistic wellbeing resort in the UAE, Arora is instrumental in driving the momentum for the synthesis of hospitality and wellness in the region.

Throughout his distinguished career, the hospitality leader has received and been nominated for multiple awards for both himself and the properties he has represented, from Hotelier Middle East’s GM of the Year to World Luxury Hotel Awards, World Luxury Spa Awards, and other industry recognitions. He was also named General Manager of the Year at Global Star Awards 2018

Muhammad Mujtaba Haider is the general manager of ibis Styles Jumeira Dubai. He leads the daily operations of the 191-key property to guarantee excellent guest experience, and heads the sales & marketing strategies to ensure healthy occupancy and profitability.

Haider has over 15 years of experience in the hospitality industry. He was the project manager of ibis Styles Jumeira Dubai during its pre-opening stage and was later appointed as hotel manager when it launched in September 2015. Prior to this role, he was the executive assistant manager for sales and marketing at Hawthorn Suites by Wyndham Dubai JBR, and was also the project manager during its pre-opening phase. He also served as head of sales and marketing at Ramada Downtown Dubai. All three properties are owned and operated by R Hotels.

Binu Varghese is hotel manager of Ramada Hotel & Suites by Wyndham Dubai JBR. He led the launch of the 188-key property in September 2019 and currently heads its overall operations and strategies.

He has more than 20 years of hospitality experience, consisting mainly of sales and marketing roles with international hotel brands. Prior to joining the property, he was the director of sales and marketing at Millennium Airport Hotel Dubai and Copthorne Hotel Dubai, managing nearly a thousand keys. He was previously affiliated with Wyndham Hotel Group and served as executive assistant manager for operations at Wyndham Dubai Marina. He held the same role as EAM for pre-opening support at various Wyndham properties in GCC and Africa including Ramada City Centre Manama, Ramada Addis Ababa and Ramada Resort Dar es Salaam. He also served as cluster director of sales and marketing at Ramada Plaza JBR and Ramada Sharjah.

Binu Varghese earned his Executive MBA degree from London Business School in Dubai. He also has a Master’s degree in Business Administration with a focus on Marketing from Savitribai Phule Pune University in India.

As commercial director for R Hotels’ properties in Dubai, Nevil D’souza is responsible for the overall sales and marketing strategies of the group’s four hotels in the emirate namely Ramada by Wyndham Downtown Dubai, Ramada Hotel & Suites by Wyndham Dubai JBR, The Retreat Palm Dubai MGallery by Sofitel, and ibis Styles Jumeira Dubai.

D’Souza has more than 15 years of experience in the hospitality and tourism industry. Prior to joining R Hotels, he was the director of sales and marketing at V Hotel, Curio Collection by Hilton at Al Habtoor City. He also served as area director of sales for Roda Hotels & Resorts, managing a total of seven properties and more than 2,000 keys. Before that, he was the head of sales and a member of the pre-opening team of Dubai Parks and Resort. He worked mainly with the Hilton brand and took on key sales positions at Hilton Dubai Jumeirah Resort, Hilton Dubai Creek, and Hilton National Sales Office in the UAE.

CONGRATULATIONS! You have signed up successfully. Please check your email.

Email Address already in our system.